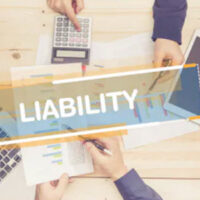 On June 15, 2021, the parents of a deceased woman filed a suit against The Bridge II, a sober home company with several locations in Florida. In the suit, the parents allege that the sober home breached its duty to care for their daughter, who had been a patient at one of The Bridge’s facilities in 2020. They allege that due to a lack of proper medical care, their daughter died of a Fentanyl overdose while still allegedly in care at The Bridge’s facility. This type of suit is often difficult to successfully prosecute in Florida, but it is not impossible.

Florida has become somewhat of a mecca for rehabilitation agencies and sober homes, partly because of the nice weather and partly because of Florida’s laws surrounding privacy for patients. However, compared to facilities in other states, it can be said that sober homes in Florida are not particularly well regulated. The state legislature did not pass bills curbing patient brokering (the practice of sending addicted patients to a particular facility in exchange for kickbacks) until 2018, and facilities are still not required to register with the state – they are strongly encouraged and incentivized to do so.

Nonetheless, some sober homes are reputable places where an addicted person can receive the care and treatment they need, as well as random drug testing and other measures designed to minimize the likelihood of rehab.  The suit filed in Palm Beach County alleges that The Bridge stated they would offer numerous services and assistance to their patients, and then failed to do so when it counted for the deceased woman. According to the filing, The Bridge and its employees did not conduct random drug testing as earlier agreed; nor did they ‘adequately monitor’ her whereabouts or check on her until the time when her body was discovered.

What Leads To Liability?

The most common stumbling block in establishing liability for sober homes is the issue of agency; that is, it is difficult to establish liability on the part of a sober home for what may be the act of an unaffiliated person on the premises. For example, if someone is assaulted by another patient, the sober home may not be legally liable for any damages because they may not have had any knowledge of the patient’s capacity for violence. However, cases like the Palm Beach County case are aimed directly at the home itself and its workers; in such a case, liability either exists or it does not.

Because sober homes are lightly regulated in Florida, these types of cases are generally heard on a case-by-case basis. If it can be established that the home failed to act according to the duty of care they owed to each of their patients, and that their neglect was the direct cause of that patient being harmed, they will often be found liable. Yet if the patient is deceased, this can be difficult to do without experienced legal help.

While the outcome of the recently-filed suit is yet to be seen, sober homes in general are much less regulated than one might expect them to be, and if you or a loved one has been harmed because of a sober home’s actions (or lack thereof), it is important to know you have options in terms of seeking compensation. Addiction does not mean your injuries or pain are worth any less. The Tampa substance abuse treatment center negligence attorneys from the Rinaldo Law Group can offer compassionate and experienced representation. Call our offices today for a free consultation.