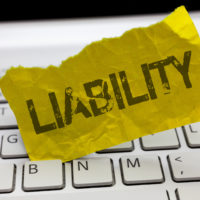 Normally a landowner or business owner is not liable for any injuries sustained by a trespasser as long as they were not caused maliciously, but things are very different when the trespasser is a minor child. A large proportion of children are curious and adventurous, often getting into places where they should not be, and if they are injured, it is not implausible that they might be harmed while trespassing. If this has happened to your child, it is important that you understand both your rights as a parent and your child’s rights as an injured plaintiff.

Minor children cannot bring lawsuits on their own, but their parents can do so on their behalf, and can do so relatively quickly – unlike in some other states, Florida parents do not have to seek court permission before going ahead with a suit on their child’s behalf. In filings, the parent will be known as their child’s “next friend,” which is a term used in general to describe a person who acts on behalf of a plaintiff who lacks capacity to bring suit on their own. This status lets the parent bring evidence and generally act as though they were the plaintiff, as long as they do so in a fair and above-board manner.

Be advised that if your child is to receive more than $15,000 in settlement funds (if a deal is on the table or if a jury approves such an award after a trial), the court may in some cases bring in a guardian ad litem, which is a court official whose brief is to protect the minor child’s interest. This is generally not common practice if the minor child has a guardian who is already involved in the case and who has proven not to have adverse interests to the minor (that is, if you have been shown to be trustworthy and acting in your child’s interests, rather than your own), but it is nonetheless possible.

Most of the time, trespassers cannot hold landowners liable for any injuries they sustain, but this is not true for children. Florida upholds the common-law doctrine known as the attractive nuisance doctrine, which states that since young children lack the understanding and ability to recognize when some artificial condition is a potential hazard and avoid it, the landowner has a duty of care toward them which requires that they at least try to make such conditions safer (for example, man-made drainage ditches and pipes, outbuildings like storage sheds, or abandoned cars or appliances).

Generally, under Florida law, if the condition in question is in a place where it might be seen and accessed by children, if the condition would be less of a burden to remove or police than it is a risk to children, and if the landowner does not take steps to make it safer, they stand a good chance of being held liable for any injuries sustained by a child, trespassing or not. Children cannot, as a rule, appreciate the danger of certain conditions, and because of that incapacity, the landowner must do what they can to mitigate the danger.

When your child is injured, you want justice, plain and simple. However, premises liability law is very complex and an experienced hand can be helpful in guiding your claim to a successful conclusion. The Tampa premises liability lawyers at the Rinaldo Law Group can help answer your questions and suggest the best path going forward for you and your family. Call us today at 813-831-9999 for a free consultation.