Have You Been In A Florida Rollover Accident? 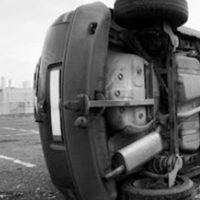 Florida has some of the busiest roads in the United States, but unfortunately, this means an elevated number of traffic accidents occur each year. Some of the most devastating are known as rollover accidents, in which a vehicle will flip and land on its side (or, in rare situations, finish upright). Because of the nature of this type of crash, though, the likelihood of long-term injury or death is significantly higher than in the average car crash. If you have been in a rollover accident, it is crucial to know your legal options going forward.

Data from the National Highway Traffic Safety Administration (NHTSA) shows that rollover crashes cause a disproportionate number of injuries and fatalities, compared to car accidents of other types. The sheer weight of the vehicles involved, as well as the motion of the vehicle leaving the ground (as most do in this type of crash), increase the likelihood that severe injuries will occur – and indeed, rollover crashes only make up around 3 percent of car accidents, while they are responsible for as many as 35 percent of all road accident deaths.

Despite their destructive potential, one does not often see a personal injury case surrounding a rollover accident, because the majority (roughly 75 percent) of these types of crashes occur when only one vehicle is involved. Single-car rollover accidents tend to occur when a vehicle ‘trips’ on some kind of road hazard, bump, or feature like a median, and rolls over. That said, a vehicle need not be damaged to have played a role in causing an accident – for example, if a vehicle swerves too close to you, you may have to take evasive action to get away, which can in turn ‘trip’ your vehicle. You may still have a case to bring.

Can I Even File Suit?

If you decide to file suit against the person who allegedly caused your injuries, you may think it impossible because Florida law establishes that the state follows a ‘no-fault’ system of auto insurance, which means that most cases involving minor injuries will not be settled via lawsuit, but rather by making a claim with one’s insurer. It may also be difficult to establish that the defendant actually played a role in your injuries, especially if their vehicle was untouched by whatever caused your vehicle to flip.

That said, your position is far from impossible. If your injuries are severe enough, as they are in many rollover crashes, the immunity on lawsuits is lifted, allowing you to file suit in court against the person who (allegedly) caused you harm. Negligence is established when one can show that a person’s failure to exercise reasonable care was the direct cause of the injuries you suffered, with no other intervening cause; if you are able to show that evidence of causation as well as your injuries, you have a chance to prevail in court.

A rollover accident is among the most likely to leave you with life-altering injuries, because of the weights involved. If this has happened to you as a result of another person’s negligence, you deserve legal assistance who will listen to you – a Tampa car accident attorney from the Rinaldo Law Group can offer compassionate and understanding representation during a time that can be confusing and even scary for you and yours. Call our office today for a free consultation.