To satisfy growing demand for consumer goods, large trucks are on the road pretty much 24/7/365. When fully loaded, these massive vehicles weigh over 80,000 pounds. Even experienced operators have a hard time controlling these trucks. Unfortunately, due to the ongoing truck driver shortage, many drivers lack practical experience behind the wheel. Instead, they are fresh out of driving school.

In contrast, the experienced North Tampa truck accident lawyers at the Rinaldo Law Group routinely handle these claims in Hillsborough County and nearby jurisdictions. So, we have developed proven methods over the years in areas like evidence collection and legal advocacy. As a result, we are usually able to obtain results that exceed our clients’ expectations. Usually, we are able to successfully settle these claims out of court.

Generally, noncommercial operators must drive defensively, avoid accidents when possible, and obey the formal and informal rules of the road. This responsibility is called the duty of reasonable care. Largely because they are driving professionals, most truck drivers, Uber drivers, taxi drivers, and other commercial operators have a higher duty of care.

Frequently, the evidence in a truck crash claim is much the same as car crash evidence. There are at least two notable additions.

The tortfeasor’s (negligent driver’s) driving record is usually admissible in personal injury claims. Most truckers are licensed in more than one state. So, the Federal Motor Carrier Safety Administration’s Safety Maintenance System database could be important. The SMS report is like a multistate drivers’ license which contains information like:

Speaking of HOS compliance, most large trucks have Electronic Logging Devices. These gadgets automatically keep track of driving hours. So, it’s rather easy to determine if the driver ignored mandatory break laws, stayed behind the wheel too long, or violated other federal or state HOS laws.

The transportation, shipping, or other company which owned the truck is usually financially responsible for these damages, because of the respondeat superior (let the master answer) doctrine.

Injury victims deserve fair compensation for their serious injuries. For a free consultation with an experienced North Tampa truck accident attorney, contact the Rinaldo Law Group. You have a limited amount of time to act. 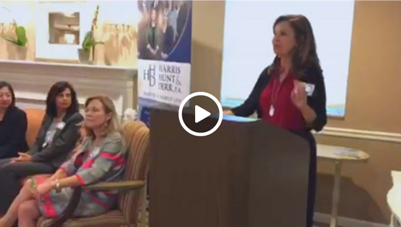