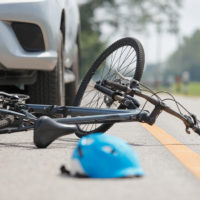 Florida’s weather means it is a year-round host to bicycling enthusiasts, and because of such high volume, accidents do happen. The Centers for Disease Control (CDC) has called Florida the deadliest state in the U.S. in which to bike, having topped the ratings for many years running (in the past, the state’s rate was more than double that of the next highest!). If you are a bicyclist who has been injured due to someone else’s negligence, know that you are not alone, and that you have options to try and recoup your medical bills and lost wages.

The National Highway Traffic Safety Administration (NHTSA) estimates 783 bicyclists were killed in traffic crashes in 2017 (the most recent available data). This includes a 13 percent rise in urban areas, even though the overall amount of bicycling-related deaths decreased by 8 percent between 2016 and 2017. While many people are quick to blame Florida’s elderly population for the amount of accidents that occur on the state’s roads, statistics show a higher percentage of fatalities occurred among those aged 20-24, and also among men, rather than women or children.There are numerous possible reasons for Florida’s elevated rate of fatalities among cyclists, in addition to the weather. Florida in particular has been shown to lack pedestrian and cyclist-friendly infrastructure in many of its metro areas; the think tank Smart Growth America listed 8 Florida metro areas in their top 10 deadliest for pedestrians in 2019 (Tampa was No. 9). Fewer working stoplights, crosswalks and sidewalks create a much more fraught environment for bicyclists and for pedestrians as well.

How To Bring Suit

Florida cyclists have just as many rights as those in automobiles, but it can feel as though you do not. Many drivers do not know the law, and may crowd cyclists off the road or turn into bike lanes even though this is explicitly against the law. There are two ways that most bicycle injury lawsuits are brought, and they have confusingly similar names; you can bring suit under a theory of negligence, or you can allege negligence per se, depending on the facts of your specific situation. If someone breaks the law, negligence per se is the more appropriate option, despite its name – Florida law essentially holds that if someone breaks the law in a certain manner, it is considered proof of negligence in addition to the violation.

The other way to bring suit against a driver who struck you on your bicycle is to do it under a theory of standard negligence – in other words, to try and prove to a court that the driver did not exercise reasonable care toward you, and that lack of care caused your injuries. Under Florida law, this is often easier to show, as very often you cannot prove that a law was broken even though you were injured. Also, in most situations, you may still be entitled to recover even if a jury finds you partially responsible for your injuries.

Bicycle accidents can cause severe injury, though many are not aware of the fact. If you have been hurt, you need an experienced attorney who will fight for you, so that you can focus more on healing from your injuries and getting your life back on track. Contact the Tampa bicycle accident attorneys at the Rinaldo Law Group today for a free consultation.