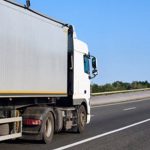 Preliminary data from the Florida Department of Highway Safety & Motor Vehicles (FLHSMV) shows that approximately 400,000 crashes occurred on state roads in 2021, with around 3,700 fatalities. While the data does not break down to show us how many involved a commercial motor vehicle (CMV), it is appropriate to assume that CMVs played… Read More » 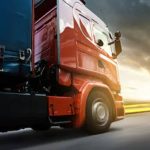 The majority of 18-wheeler drivers are competent and perform their jobs well. However, all it can take for an accident to occur is one moment of lapsed attention – and given the weight and velocity of most large trucks, the fallout from a crash can be deadly. If you have been injured in an… Read More » 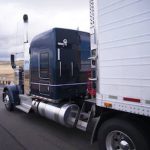 Tractor-trailers, also called semi-trucks or big rigs, are some of the most potentially dangerous vehicles on Florida roads. While the majority of tractor-trailers are operated safely and driven by well-trained professionals, the fact remains that unlike with automobiles, one small error on the part of the truck driver may be enough to trigger a… Read More » 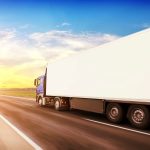 When a person is involved in a car accident with a large truck and decides to sue, the defendant will usually be the truck driver. However, in some cases, it may be possible to file suit against the truck driver’s employer as well. The driver may have allegedly caused the accident by their own… Read More » 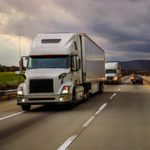 Large trucks are frequent sights on Florida roads, but too many drivers do not give them the respect they deserve. If a truck loses control, it can cause life-threatening injuries to those in any vehicle unlucky enough to be caught in a collision. If you have been involved in an accident with a large… Read More » 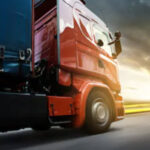 What Is Vicarious Liability & How Does It Apply To My Truck Accident Case?

Accidents between Florida drivers and large trucks are depressingly common, though according to the National Highway Traffic Safety Administration (NHTSA), nationwide rates of truck accident fatalities have actually decreased in recent years. If you are so unfortunate as to experience an accident with a large truck, you may hear of a legal concept called… Read More » 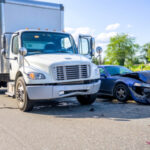 After A Florida Truck Accident

The most recent available data estimates approximately 500,000 large trucks were involved in police-reported crashes, with approximately 4,400 being fatal. More than half of all crashes involving large trucks occurred in rural areas, and about one-quarter of them occurred on interstate highways – two areas which are frequently seen in Florida. If you have… Read More » 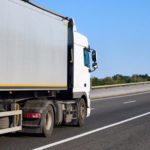 Being involved in an accident with an 18-wheeler or other type of big rig can lead to life-changing injuries, and if you have been harmed in this type of accident, it is understandable that filing suit might be the last thing on your radar. Some do choose to file suit, and it can be… Read More »

After an accident involving a large truck, it can be difficult to think about anything except recovery. The weight and speed of a large truck can lead to serious injury and death if an accident occurs, and medical bills can add up. However, if you determine that your injuries are serious enough to file… Read More »

Driving on Florida’s congested freeways can be a handful sometimes, and it can be made worse when other drivers are not at their best. Truck drivers in particular work long hours, and sometimes it can play a major role in the many accidents that involve large trucks. In certain scenarios, a trucker’s difficult working… Read More »