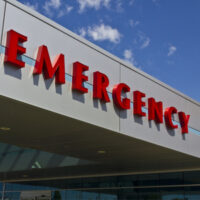 Florida has a no-fault auto insurance system, which means that if you are injured in a vehicle accident, you would usually file a claim with your insurer instead of filing a lawsuit against an allegedly negligent driver. The intent is to lower insurance premiums and keep dockets less cluttered. However, if your accident has led to truly catastrophic injuries, you may be allowed to file suit against the other driver if you have been hurt enough. Calling an attorney well versed in these cases may help answer any questions you may have.

There is no real definition of “catastrophic” injury in Florida law, but it is generally understood that a catastrophic injury involves a significant, permanent injury, and usually leads to total and permanent disability. Examples include spinal injuries, serious burns over more than a quarter of one’s body, loss of a sense like blindness or deafness, and amputation, though there are many more types of harm that can be considered catastrophic. Motor vehicle accidents are one of the most frequent ways for catastrophic injuries to occur, especially if the injured person was not wearing a seatbelt.

Florida law generally only allows a car accident victim to file suit against a negligent driver (rather, against their insurer, if they have one) if the victim can show “significant and permanent” loss of an “important” bodily function, significant and permanent scarring or other disfigurement, or a permanent injury that has no medical probability of being cured. By definition, most catastrophic injuries fit this bill, though in rare situations an insurer may argue otherwise. Enlisting an attorney to help argue your case is generally a good idea.

Because of advances in medical science, these types of life-changing injuries actually happen more nowadays than they used to – fewer people are dying immediately after sustaining these injuries, so they are counted as injury victims rather than fatalities. That said, this means that more claims for this type of harm are happening, which is making insurers less inclined to pay out without significant amounts of haggling first. This is especially true of workers’ compensation insurers – if, for example, you were in an auto accident while on business for your employer, it will generally require significant investigation before an insurer is inclined to pay up.

This does mean that bills may not be paid right away – but it is always better to let the insurer investigate than try to hurry matters; an insurer will not make the decision to pay such a high-value claim without a thorough investigation. Know that a quality personal injury lawyer will not make you pay fees unless your case prevails at trial, and is willing to work with you while the matter is pending. After a horrific accident, you deserve the chance to focus on recovery.

It can be easy to downplay your injuries after a crash, especially since pursuing legal action against a negligent driver can feel very overwhelming. However, you deserve a chance at the monetary compensation you deserve; while it may not change your injuries, it can give you a chance to get your life somewhere back to normal. The Tampa catastrophic injury attorneys at the Rinaldo Law Group are ready and willing to try and help you. Call us today for a free consultation.