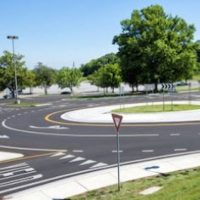 Roundabouts, also called traffic circles, are very common in many European cities, but are less often seen in the United States. Florida is one of the states that has begun to implement them on both state roads and highways, at least in theory to improve the flow of traffic in a state with a reputation for road congestion. However, some motorists get confused or overwhelmed by this new variation on roadways, and accidents do happen. Roundabouts can make Florida drivers safer, but only if everyone sufficiently understands how to use them, and what can happen if they do not.

Florida often gets ranked as one of the worst states to drive in, between congestion and an influx of drivers unfamiliar with state traffic laws. Around one-quarter of all Florida drivers are uninsured, despite no-fault insurance being required by state law, and the state’s metropolitan areas are routinely cited as some of the most dangerous in the U.S. for pedestrians. Because of all this, state officials are constantly looking to improve infrastructure and overall road safety, and roundabouts are starting to be part of the solution.

That said, roundabouts can confuse many motorists, at least at first. In a roundabout, there are no full stops required, and everyone is traveling the same way (usually clockwise, though not always). Rather than going by order of precedence at stop signs, motorists are expected to yield until the flow of traffic allows them to merge – which is not always easy for some to successfully intuit. In addition, it can be hard for some to figure out which lane they should use – for example, if one is going right through the roundabout, they can use any lane, but if they are exiting to the right, they should stay in the outer lane. While most drivers eventually get the hang of things, accidents can and do happen while the majority are on the proverbial learning curve.

Accidents in roundabouts have the potential to quickly become massive, because very often, a driver whose vehicle has been hit does not know to get out of the road. Because there are no stops in a roundabout, other vehicles can simply keep going and add to the crash if they do not see the stopped car. That said, if your injuries after a roundabout accident are severe, you can likely file suit against the person who allegedly caused them, in the same way as you might any other road accident where the injuries cross the so-called severity threshold.

If your injuries are not that severe, you will likely be confined to filing a claim with your personal injury protection (PIP) insurer to try and cover any medical bills. Florida is a no-fault state, and while many do choose to go without it, PIP coverage (and at least $10,000 in property damage liability coverage) are required by state law. If your insurer denies your claim, you may be able to file suit against them, but every case is different, and consulting an attorney for assistance on how to proceed is never a bad idea.

While Florida motorists adapt to roundabouts, one should exercise a higher level of caution just because many are still learning; that said, this does not absolve drivers of negligence if they cause harm to another. If you have been injured in a roundabout accident, you have the right to seek out a Tampa car accident attorney to try to recover for the harm you have suffered. The Rinaldo Law Group is happy to provide dedicated and compassionate representation. Call us today for a free consultation.