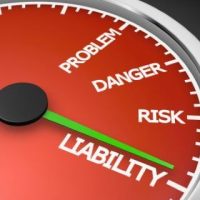 Florida premises liability law recognizes three classifications for people who visit another person’s property – invitees, licensees, and trespassers – and each group is owed a different duty of reasonable care by the property owner. Normally, employees who are injured on a work site avoid this discussion entirely, choosing to take workers’ compensation benefits (which are granted without any discussion of fault, in most cases) instead of debating one’s classification. However, a case from the Second District Court of Appeals addresses the common-law duty owed by an employer to an employee or contractor in the event that there are dangers on the premises.

Does An Employer Owe A Duty Of Care?

The case of Pratus v. Marzucco’s Construction & Coatings, Inc. (2021) involved the employee of an electrician subcontractor on a parking garage project, who injured himself stepping in a drain due to temporary blindness. Instead of seeking workers’ compensation damages, the employee filed suit against the subcontractor under a theory of negligence, arguing that due to his status as a business invitee, the subcontractor was liable because it had failed to either warn him of the danger, or to make the premises reasonably safe as the law requires.

The subcontractor argued that the drain was open and obvious, and thus he had no duty to disclose it. The trial court agreed, moving for summary judgment in favor of the employer. However, the verdict was reversed on appeal. The Court of Appeals for the Second District made a number of findings, but chief among them was the fact that under Florida law, even if a danger is open and obvious, a property owner or operator still has a duty to warn about it if they can reasonably foresee that harm might come from its presence.

Does Not Necessarily Create A Cause Of Action

In Pratus, the trial court ruled that the employer was not liable because the danger of the uncovered drain was open and obvious, meaning that the injured plaintiff should have been able to see it and take precautions. However, the Court of Appeals reversed because it felt that the drain might have been visible, but its potential dangers in being uncovered were not. The employee had almost no time to see the drain and adjust for its presence since he had been temporarily blinded coming out of the parking garage – but if a warning sign had been present, it could have helped the employee avoid injury.

As of this writing, no appeal from Marzucco’s Construction has been forthcoming, which leaves Pratus as settled law. However, it is important to keep in mind that this does not necessarily create a cause of action against every contractor in a construction setting. In the overwhelming majority of cases, an injured employee will simply file for workers’ compensation benefits (assuming their employer carries workers’ compensation insurance). If they do, their right to file suit against their employer is barred by Florida’s “exclusive remedy” provision – in Pratus, one might reasonably assume that the subcontractor-employer did not have workers’ compensation insurance, or the injured plaintiff might have taken advantage of it instead of filing suit.

While the issue of premises liability on the job is still very much debated, the lessons to take from this case is that a property owner has a high duty of care to ensure that their land is safe for those who visit. If you have been injured on someone else’s property, contacting a Tampa premises liability attorney from the Rinaldo Law Group can help you clarify matters and give you the backup you need to seek the damages you deserve. Call our office today for a free consultation.