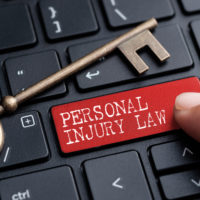 Funeral home negligence is a particularly difficult brand of ill treatment for most people to swallow, given that funeral homes are supposed to be in the business of treating our loved ones with honor and respect. Most claims against them are brought under a legal theory of negligence, but sometimes people will try to sue using other legal theories. Negligent infliction of emotional distress (NIED) is a commonly discussed type of civil tort, but in most situations, it is not a tort that can be alleged against a negligent funeral home or operator.

Negligent infliction of emotional distress is defined as the causing of severe emotional trauma due to negligent action. It is a common law tort, meaning that it does not have a statutory definition; rather, it is defined in case law. It is different from intentional infliction of emotional distress (IIED) because NIED does not require a showing of malice. While the average person might simply think that NIED is equivalent to suing someone who has mistreated them, in truth NIED has several requirements that have to be met before anyone can be found liable.

Perhaps the most important requirement for a plaintiff wishing to bring a NIED suit is illustrated by the so-called “impact rule;” in order to be able to recover for negligent infliction of emotional distress, the plaintiff must have experienced an ‘impact’ to their person, either in the sense that physical contact provoked the emotional distress, or that emotional distress manifested itself via physical contact. This principle is illustrated in a case called Willis v Gami Golden Glades LLC (2007), in which a woman was physically assaulted in the parking lot of a hotel, whose employees then offered no assistance after the crime had been committed. The woman later began to show symptoms of extreme psychological and emotional distress, and was able to recover for them based on the physical impact she suffered.

While funeral homes and their operators are capable of acting in several ways that one might find negligent and emotionally distressing, the “impact rule” prevents recovery in most cases; the law is simply not equipped to try and quantify purely emotional pain. It is quite rare that a potential plaintiff will actually experience a physical contact that causes emotional distress in the context of a funeral home, and in cases where someone manifests their emotional distress as physical symptoms, it is difficult to show that the symptoms were a product of the ill-treatment suffered by the plaintiff, and not of the grief of losing someone to begin with.

If you and your loved ones have been mistreated or injured by a funeral home and its workers – for example, if your deceased loved one’s remains were not treated with dignity, or if you were overcharged or misled as to procedures and services – it is usually better to try and bring suit under a theory of general negligence, or in rare cases, under a theory of intentional infliction of emotional distress, if you are able to prove that the funeral home’s conduct was intentional (for example, burying two bodies in the same plot or harvesting organs for profit). These cases can become very complex, and consulting an attorney is generally a good idea.

If you have experienced adverse treatment from a funeral home, it can be overwhelming, especially during a period in life when you and your family just want to grieve and move on. You need an attorney who will work hard to ensure that you are made as whole as possible after what you have experienced, and the Tampa funeral home negligence attorneys at the Rinaldo Law Group are ready to fight for you. Call our office today for a free consultation.