Has Your Child Been Injured At School? 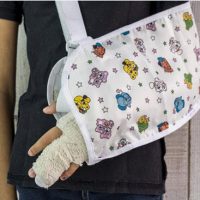 Even before the events of the past few years in the United States, parents have had to make peace with the possibility of their children being injured at school. Accidents simply happen, especially with younger children who are keen to explore the world around them. However, if your child is injured due to the negligent conduct of another person, you may be able to file suit against the school or its personnel to try and seek compensation. In general, Florida schools are not responsible for every injury that may occur on their property, but in some cases, you and your child may have a case.

Schools Have A Duty Of Care

In general, schools and their staff have a duty to ensure that the school’s premises are as safe as possible for the children who come there five days a week. Children are seen as guests who are owed a “general duty of supervision” from staff, and Florida case law explicitly states that a failure to act in carrying out that duty is actionable – in other words, a failure to exercise that general duty of care may lead to a negligence action against the person responsible. In some cases, there may also be a cause of action against not only the staff member, but also the school itself.

The theory in these types of lawsuits is that schools are acting in loco parentis – that is, assuming the position of a parent – while students are at school, which means they have a similar duty to protect children as do their parents. If a student is injured, and there is reasonable cause to suspect it is because of the negligence of another student or a staff member, the normal prongs of a negligence case must then be proven (duty, breach of duty, causation, and damages) before the injured plaintiff can collect.

Sovereign Immunity Is A Factor

While it is possible to file suit against a school, whether public or private, there can be significant obstacles between you and compensation for your child’s injury. For example, if it is determined that another student was wholly or partially responsible for the injury, and that student is under the age of 6, they cannot legally be held liable, as a matter of law. Children under that age are deemed too young to fully appreciate the difference between right and wrong.

Another potential obstacle is a concept known in Florida as sovereign immunity. The doctrine dates back to medieval England, and originally it held that the sovereign (the king or queen) was immune, by law, from being sued civilly – in theory, the monarch had more important things to do than handle mundane concerns. In the U.S., sovereign immunity means that certain public entities like local governments, utility companies, and some park associations may not be sued. This usually includes public schools as well. Sovereign immunity can be waived, but only in very specific situations, at least in Florida – as such, it is generally a good idea to consult an attorney before going ahead and filing suit.

It is a parent’s worst nightmare to see their child injured, particularly if it happens due to another person’s negligence. If your family is in this situation, contacting an experienced Tampa child injury attorney from the Rinaldo Law Group can be the first step toward getting answers in what can be a frightening situation.