Interstate 4 Named Most Dangerous Highway In The Country 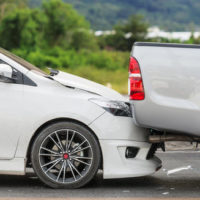 2018 saw two data tracking companies investigating dangerous highways, only to determine that the most hazardous per mile is Interstate 4, which starts in Tampa and travels northwest to end in Daytona. Teletrac Navman, a GPS company, conducted a study with federal data and found that I-4 had the highest fatality rate per mile in the country, with particular mention going to the zone from Lakeland up to Orlando, at 1.25 deaths per mile. While it is entirely possible to drive unharmed on I-4, it is a good idea to be aware of the potential risks, and to understand your options if you do have an accident.

The Teletrac Navman study assessed certain areas of I-4, and determined that one of the most dangerous areas of the highway is Malfunction Junction in Tampa, where I-275 and I-4 meet. While this may be no surprise to locals, tourists and those unfamiliar with the highways may be in for a nasty surprise upon discovering that the road actually narrows as it passes through Tampa proper. Between the road narrowing and the road rage that can occur in traffic jams, it can be a toxic mix in terms of speeding and highway accidents. Also, the worst time of day for accidents was during the day – roughly between 7am and 4pm, which is unusual, but also sadly logical, given that traffic is at its heaviest during those hours. The stretch of I-4 between the Seminole Hard Rock Casino and the Florida State Fairgrounds was also cited as being excessively dangerous.

Other areas of the highway which saw many accidents were the stretch of I-4 in and around Plant City, which saw over 350 accidents from 2016-18, and the segment between Lakeland and Disney World in Orlando. Orlando was named the deadliest city on I-4 in the study, with the area between SeaWorld and Champions Gate in the southern part of the city being the most dangerous section. The part of I-4 between Lakeland and Orlando saw an astonishing 755 accidents between 2016-2018. These are all areas where traffic can and does pile up.

Accidents on any highway can be extremely dangerous; the increased speeds are much more likely to cause injury and death than one might see on side roads. If you are injured due to someone else’s negligence, however, you may be able to bring suit to try and recover for your injuries and medical bills. Florida is a no-fault state, meaning that most of the time, auto accident cases are resolved by insurance companies. However, the law has an exception stating that a person can bring suit against an allegedly negligent defendant if they experience “significant and permanent loss” of an important bodily function, permanent injury, or scarring.

Be advised that Florida does operate under what is called a pure comparative fault system, which means that any award you receive (that is, any money from a judge or jury) is reduced by whatever percentage of fault that you are assigned. In other words, if you are found 20 percent at fault for your own injuries, you will receive whatever award the judge or jury finds for, minus 20 percent. The rationale is that it would be a windfall or unjust enrichment for a plaintiff to be rewarded for something that was essentially their own fault.

The study shows that if nothing else, serious changes need to be made on Florida highways. However, until that happens, the best we can do is be careful and watch out for each other. If you have been injured in a highway accident, contacting an attorney may be a good idea. The Tampa auto accident lawyers at the Rinaldo Law Group can try and assist you in resolving any questions or confusion you might have about your case. Call our offices today for a free consultation.