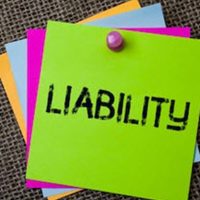 In Florida, the owner or operator of a property has a duty to make their property safe for invitees (and a duty to avoid injuring licensees or trespassers). Sometimes, this duty will include providing appropriate security measures to guard against crime – for example, bars or nightclubs may have bouncers. If the owner does not provide sufficient security, and a visitor becomes the victim of a crime, that visitor may have a claim against the owner. Negligent security is a specific type of premises liability claim that requires certain facts to be established in order to prevail.

There are three types of visitors under Florida law, and each one is owed a different duty of care, depending on their station:

If the duty of care is breached in any of these situations directly because of a lack of security measures (which can be one or two of many things; for example, security guards, increased lighting and visibility, fences, or locks, among other things), the owner or operator may be held liable for the harm that came to an injured victim. It is important to keep in mind, however, that what may be reasonable to one property owner would be a burden for another; every owner is different.

One debated area of negligent security law in Florida is the question of liability when third-party attacks are involved. In general, in cases involving alleged negligence, state courts have held that a defendant cannot be held liable for an event that was not reasonably foreseeable – but negligent security cases have often created exceptions to the standard rule. Third party actors choosing to commit crime on someone else’s premises is not generally a foreseeable event, but sometimes, a case may result in a finding of liability for the property owner regardless.

The rationale for rulings like this is that while the crime itself might not have been foreseeable for the property owner, it would have been easily foreseeable that a lack of security could create an environment where crime was more likely to occur. In addition, if previous attacks had occurred in the same area, it would have been understandable to assume that they would repeat (absent any improvements in security). While the time frame in which a person can file a negligent security lawsuit is relatively long – four years from the date of the accident – the sooner one can file, the better, because memories and evidence of the night in question can fade all too easily.

If you believe that you have been the victim of a crime that could have been prevented due to better care taken on the property, calling an attorney well versed in this area of law may be a good idea. A Tampa negligent security attorney from the Rinaldo Law Group can make all the difference in your case. Contact our office today at (813) 831-9999 for a free consultation.