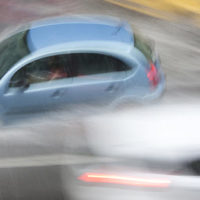 While any car crash has the potential to be serious, rollover accidents are statistically the most dangerous, even if they are one of the least common types. If you are lucky enough to survive a rollover accident, you are more likely to have sustained serious injuries simply because of the amount of metal and plastic moving around. However, it can be difficult to try and obtain compensation for a variety of reasons. It is important to know your rights.

Rollover accidents are deadly. Statistics from the National Highway Traffic Safety Administration (NHTSA) estimate that in 2017, rollover crash fatalities made up approximately 30 percent of the yearly total, even though rollover accidents only make up around 3 percent of the total per year. There are multiple different causes for this high fatality number, though only some of them are predictable. Examples include:

There are also risk factors, such as driving a specific type of vehicle, or driving predominantly on rural roads. Rural roads in particular can play a role in rollover crashes, given that their speed limits tend to be higher and they may not be in as well-kept condition as urban roads.

How To Bring Suit

Bringing a suit against an allegedly negligent driver in Florida can be difficult, because Florida is a no-fault state. This means that most auto accident cases are intended to be handled via the no-fault insurance system, as opposed to bringing suit. In some cases, this is acceptable – but if your injuries are serious, it may not feel sufficient. Florida law does allow a person to bring suit if their injuries rise to the level of “significant and permanent loss” of a limb or bodily function, or permanent injury within a reasonable medical probability, so if your harm does rise to this level, you have the option.

In addition to being certain that you are able to bring suit instead of having to seek compensation from your no-fault insurer, you need to be certain that you have the evidence to show the defendant was actually negligent. Many rollover crashes are single-vehicle accidents, meaning that only one vehicle sustains damage during the crash. Because of this, it can sometimes be hard to prove that another driver’s negligence played a role in your rollover accident – but this is where a knowledgeable attorney can come in handy. An experienced car crash lawyer knows what to look for and is well versed in how to seek out the information you need in order to establish liability.

Because rollover crashes are so potentially severe, you need to ensure that you enlist a Tampa car accident attorney who understands the stakes. The Rinaldo Law Group has handled countless cases like this, and will work hard to give you the best shot at receiving the compensation you need in yours. Call our office today for a free consultation.