Suing A Drunk Driver In Florida 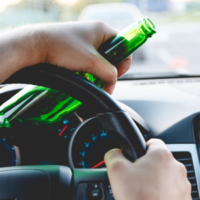 Driving under the influence of alcohol or drugs is a crime in Florida, punishable by jail time and fines, and crimes are charged by the State’s Attorneys’ office. However, if you have been struck by a drunk driver in Florida, you may be feeling as though you have been left out of the legal process – after all, in many criminal cases, the state is seen as the victim, rather than the individual struck and injured by the defendant’s behavior. This is why you do have the option to file a lawsuit in civil court against the alleged drunk driver, and if your suit is successful, you may be awarded monetary compensation for the harm you have suffered.

You Can File Suit

Some people believe that the existence of criminal charges against a person somehow precludes them from filing a civil case against them over the same incident – the popular myth is that doing so would trigger one’s Fifth Amendment right against double jeopardy. This is not, in fact, the case; the right against double jeopardy only triggers if one is tried multiple times in criminal court for the same crime. Being tried in criminal court and facing a civil lawsuit are two separate legal processes, so both can proceed.

That said, depending on the specifics of your case, you may have to wait a while to get your civil case off the ground, because Florida courts generally prefer not to have multiple cases going concurrently (at the same time) against the same person. That said, the burden of proof is higher in criminal court – the well-known “beyond a reasonable doubt” – which means that anything that is admissible in criminal court will almost definitely be admissible in civil court, shortening discovery time.

If you choose to file suit, there is one particular hurdle that you must also overcome in order for your suit to be heard in court. Florida is a no-fault state in terms of auto insurance, which means that the strong majority of car accident cases will not be tried in court. Instead, state law requires that every licensed Florida driver carry at least $10,000 in personal injury protection (PIP) coverage and $10,000 in property damage liability (PDL) coverage, and use that coverage to pay bills in the event of an auto accident.

Florida law does allow those who sustain “significant and permanent” injuries to file suit in court, such as the loss of a limb or an important bodily function, ‘significant’ scarring or disfigurement, or any other permanent disability (that is, a disability that has been established to be permanent within a reasonable degree of medical certainty, given that no medical status is ever set in stone). Be advised, however, that the defendant is permitted to question whether your injuries qualify as significant or permanent, and you may face a fight over that issue.

Drunk drivers should face the consequences of their actions – but the consequences may include both civil and criminal penalties. If you have been injured by a drunk driver and want to file suit against the person who caused you harm, the Tampa car accident attorneys from the Rinaldo Law Group can offer dedicated and compassionate representation in guiding you through the legal process to do just that. Contact our offices today for a free consultation.