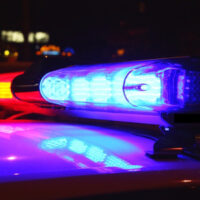 Lockdown in Florida has, as one might imagine, significantly reduced traffic on major highways, and with less traffic comes drivers who might attempt to break the law. Just after midnight on May 19, law enforcement stopped three drivers doing just that, as they were allegedly racing on Dale Mabry Highway. The three were stopped after police clocked each one of them reaching speeds over 90 mph as they neared the highway’s Spruce Street intersection. If you have been charged with illegal racing on a highway or any other similar traffic offense, know that prosecutors do take these offenses very seriously.

Racing on a highway is a charge that has become more refined over the years in Florida, especially as more incidents occur. Historically, it was not charged very often because a law enforcement officer had to witness the alleged racing, but a 2019 change in the law loosened that requirement – now police may rely on witness statements instead of having to see the conduct themselves. The charge of racing on a highway is a misdemeanor, but it does carry long-term consequences, and with easier application of the law, police are charging the offense much more often.

A charge of street racing can come about in several different ways – it is plausible to be charged with this offense even if you were not personally involved in the race. The relevant Florida statute lays out four ways – (1) actually driving a vehicle in a proceeding that qualifies as a race; (2) coordinating or organizing the race; (3) riding as a passenger in a car in the race; or (4) willfully and knowingly causing traffic to slow down or stop for the race. Because street racing has such a high likelihood of causing injuries or even fatalities, prosecutors generally seek to send a message to all involved.

Under Florida law, if you are convicted of street racing, you will face a jail term of up to 1 year, as well as fines up to $1,000 for a first offense (the fine can reach $5,000 for multiple offenses) and a mandatory drivers’ license suspension for 1 year (up to 4 for multiple subsequent offenses). You may also face reckless driving charges, especially if you caused an accident, or even more serious offenses like vehicular homicide if your actions lead to the death of another person. Street racing may be the initial offense, but its consequences will also be charged.

In order to prove their case against you, the state must be able to establish two facts. The first is that you were engaged in a race, defined in Florida law as vehicles in competition “arising from a challenge to demonstrate superiority” of that vehicle or driver, followed by the acceptance and/or “competitive response” to that challenge. The second is that you played one of the four roles specified in the statute, and did so with the intention that a race should take place. Having an attorney on your side can make a big difference in the degree of evidence you are able to present in your own defense.

While the three racers stopped on Dale Mabry Hwy were released on bail, you may not be so lucky if you wind up in the same situation. The Tampa personal injury attorneys at the Rinaldo Law Group are experienced in handling traffic matters, and we will do our best to ensure that yours is handled appropriately. Call our offices today for a free consultation.