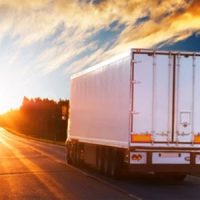 The overwhelming majority of tractor-trailers on Florida’s roads are driven by individuals doing a job for an employer. In general, these individuals are acting “within the scope of [their] employment” when they are operating their tractor-trailers – which can, in some cases, create serious headaches for their employers. If an employee commits an unintentional tort (essentially the civil version of a crime) while acting within the scope of their employment, their employer may wind up on the hook for money damages if the employee is held liable.

Did The Employer’s Actions Contribute?

Vicarious liability, also referred to as respondeat superior, is a legal theory that means ‘let the master answer.’ The theory holds that in certain situations, an employer’s actions may have contributed to a tort being committed just as much as those of the employee who committed it, and thus, they should be held liable along with their worker. For example, an exhausted tractor-trailer driver’s actions cause an accident, but it turns out that they were only driving because their employer demanded they reach a destination by that evening. The employer’s choice to force their driver to drive can be said to have played just as large a role in the crash as the truck driver’s immediate actions, so they should be held equally liable for any injuries.

Be advised that while some tractor-trailer drivers might not specifically be employees – rather, they might fall under the umbrella of independent contractors – they are still seen as employees for negligence purposes. In general, if an employer has control over at least one major facet of a worker’s job, that worker is considered an employee when questions of negligence are being determined. The employer – in most cases, the company that hired the tractor-trailer driver that caused your accident – cannot simply argue that they did not have control over the employee in cases of this nature.

Victims Of Crime Have Different Options

A tort is a civil offense, settled under civil law. If you have been the victim of a crime – for example, if you are struck by a tractor-trailer whose driver was intoxicated to a sufficient degree – you cannot use civil law in a criminal case. However, you may be able to persuade the Florida state’s attorney to add new charges onto any they may have followed against the driver. The most common are the charges of negligent hiring and negligent supervision – either way, arguing that the employer was aware of their worker’s negative tendencies, but did little or nothing to stop them.

Negligent hiring and negligent supervision are essentially two sides of the same coin. If an employer hires an ‘unfit’ employee, or fails to adequately supervise an employee while they are acting within the scope of their employment, they may face criminal charges – but Florida law has a presumption in place that if certain background check procedures were followed, then that employee’s hiring was not negligent as a matter of law. (In other words, if the employer did their due diligence in hiring, it cannot be found that they were negligent even if the employee goes on to commit a crime.) It is difficult – though not impossible – to overcome this presumption.

If you have been injured in an accident with a tractor-trailer, you have the right to explore all the potential options that will allow you to recover for your injuries. Contacting a Tampa truck accident attorney from the Rinaldo Law Group can help to get your questions answered, and to point you in the best possible direction for you and your family in terms of seeking redress. Contact our office today for a free consultation.