What Is The Eggshell Plaintiff Rule? 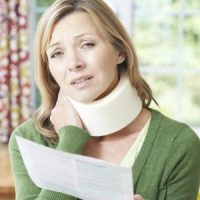 In most cases, when a person is injured after an accident, they suffer injuries at a comparable level to what any other average person would sustain – in other words, if two average people are involved in an accident, they will likely both be injured in a similar way, to a similar degree. However, some people have disabilities or other conditions that may render them more susceptible to being hurt than the average person. If this happens, a person’s injuries may be far more severe than average, but the (allegedly) negligent defendant will still be on the proverbial hook for the damages they caused. The plaintiff in this type of scenario is referred to as an eggshell plaintiff.

Florida recognizes the concept of an eggshell plaintiff, though the rule has existed for over a century. The eggshell plaintiff rule (also called the eggshell skull rule) holds that while normally, a defendant cannot be held liable for injuries they could not foresee happening, they can be held liable for such injuries if the plaintiff has a condition that makes theirs worse than usual – they must “take their victim as they find [him].”. The rationale is that while the defendant could not foresee the plaintiff’s injuries being more serious than most, they still acted in a manner that caused injury in the first place.

This is a radical departure from most Florida laws, because in most personal injury cases, foreseeability is an important issue. Generally, as stated, a defendant cannot be held liable for causing injuries that they had no idea were even possible. However, the eggshell plaintiff rule is an exception, because if a plaintiff is injured because of the defendant’s negligent conduct, they would be left less than whole if the defendant only had to cover the part of the injuries that were foreseeable. Public policy holds that the purpose of a personal injury suit is to make a plaintiff “whole,” and in order to do that, all of their injuries must be covered.

Can Be Difficult To Argue Effectively

In most cases, the eggshell plaintiff rule will apply if an injury ‘hastens death or disability,’ exacerbates a preexisting condition, or activates a “latent” condition. However, this is often difficult to establish, particularly if one has a condition that developed because of past trauma to the area. For example, if you broke your arm in an auto accident three years ago, and then are involved in another accident in 2021 that causes a much more extensive break in the same arm, most insurers will try to establish that the real harm occurred in the first accident, not the second.

An experienced attorney who understands how to negotiate with insurers is a must in these types of cases. The eggshell plaintiff rule is not well known – it is rarely employed, even in some cases where it conceivably could be, either because of a lack of awareness or a conservative attorney wanting to play it safe. However, if you believe it applies in your case, you have the right to a diligent attorney who understands the doctrine and how best to use it effectively.

If someone has a disability or condition that makes them more “fragile” than the average person, this does not mean that they can be injured without consequences. If you have been injured in an accident and believe you qualify as an ‘eggshell plaintiff,’ contact a Tampa personal injury attorney from the Rinaldo Law Group – we are happy to try and assist you with your case and give you the best possible chance at a good outcome. Call our offices today for a free consultation.