What Is The “Move-Over” Law? 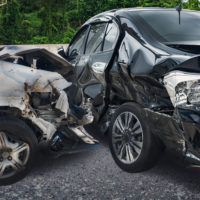 Given the chronic congestion on Florida roads, traffic safety is an issue that is perennially up for discussion and education. While obviously, the majority of people try to drive in a defensive manner and be safe on the roads, there are some occasions in which they may simply not be aware of a law or regulation they have to obey. This is often the case with Florida’s “move-over” law, which was implemented in 2002, but many drivers are still unaware. If you do not know what the move-over law entails, it is a good idea to refresh yourself lest you wind up causing an accident unintentionally.

The law establishes procedures for autos and pedestrians to follow when they see a stopped emergency vehicle, utility vehicle, service vehicle or law enforcement vehicle. When this happens, you must, by law, move over one lane, if you are able to do so safely. If you are not – for example, if you are on a two-lane road – you must instead slow down to at least 20 mph below the posted speed limit, or to 5 mph when the posted limit is 20 mph or less. Violating the law is a noncriminal infraction, and results in a fine and points on the driver’s license, which can add up to a suspension.

There are also a couple of additions and exceptions intended for emergency vehicles, such as ambulances or fire trucks. Generally, the law grants these vehicles the right of way at all times, unless a law enforcement officer directing traffic dictates otherwise. Also, no car is permitted to cross the yellow line for the purpose of moving over; while you may believe that you can do it ‘safely,’ it is against traffic laws and by default, not safe by the legal definition.

One might wonder why Florida felt that an elaborate system of requirements in these situations was strictly necessary. The answer is that for a multitude of reasons, Florida highways are routinely dangerous places for utility, law enforcement, emergency and service personnel, and laws like this have been shown to cut down on the number of injuries and fatalities sustained by these workers each year. In 2017, 212 crashes occurred that could be linked directly to a failure to comply with the state’s move-over law. Given the fact that traffic-related fatalities are often a leading cause of death for law enforcement, the state has chosen to try and lower that number by any means necessary.

If you are involved in an accident and you believe that it was because someone failed to move over when required, it may be a useful fact to bring up should the case go to trial. Failing to move over is not a crime (it is considered a noncriminal infraction), but Florida honors a common-law concept called negligence per se. Negligence per se is established when a plaintiff can show that (1) the defendant violated a law designed to protect public safety; (2) that they were a member of the class the statute was designed to protect; (3) that they suffered an injury that the statute was designed to help avoid; and (4) that injury was directly caused by the defendant’s breaking the law. If you can show that your injury was caused by someone’s failure to move over in accordance with the law, you may be able to establish negligence per se, which would make prevailing at trial much easier.

The move-over law is one that more drivers should be familiar with, but at the very least, you can be aware of it to ensure that you do not unintentionally cause an accident. If you have questions or concerns, the Tampa car crash attorneys at the Rinaldo Law Group are happy to try and help get you on the right path to get your life back to normal. Contact us at 813-831-9999 for a free consultation.