Will Florida (Finally) Repeal Its No-Fault System In 2019? 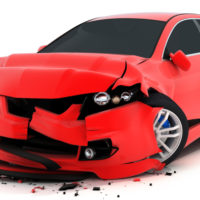 As of this writing, Florida is still one of 12 states that uses the no-fault system of auto insurance. However, there have been numerous bills introduced in the last few years to try and repeal it entirely. There are numerous critics that allege high costs and no incentive to register, and state that going to a fault system would actually make Florida drivers safer. While it remains to be seen what may occur in 2019’s legislative session, there are both positives and negatives in terms of making Florida’s roads more safe, were the system to change.

Premiums Are A Problem

Two recent surveys show that Floridians face the third-highest auto insurance premiums in the United States, and quite a lot of people do want lawmakers to act – either to repeal the system or to try and regulate insurance premiums, though the latter is much easier said than done. A study from the Florida Office of Insurance Regulation (FLOIR) estimated that were the PIP/no-fault system repealed, drivers could collectively save almost $1 billion per year. In other states what have repealed their no-fault insurance plans, marked savings have been the result – for example, Colorado drivers saved an average of 35 percent.

However, concrete plans so far to save drivers money have run into trouble when trying to balance the needs of the injured. Repeal bills of past years have been criticized for trying to ‘repackage’ the PIP system by requiring MedPay coverage – emergency medical insurance coverage that all drivers would have to purchase and carry, much like PIP insurance currently. A MedPay requirement would effectively wipe out the savings forecast by the FLOIR study if put into practice. Alternatives, such as requiring a bodily injury (BI) insurance with a high coverage amount required, without mandating MedPay, have been put forth as a potential compromise, since the higher coverage limit would in theory prevent premium spikes.

BI May Be The Key

Florida is one of only two states that does not mandate (BI) coverage for drivers, which means that even if you are involved in an accident with another driver, their insurance may not cover your medical bills because it has no legal reason to do so. Florida requires personal injury protection (PIP) coverage, which covers one’s own medical bills in the event of an accident, but no BI coverage is required by law. This can cause real harm to those who have been injured in automobile accidents, since they have little to no recourse if their insurer will not cover their bills, or if they are in an accident with someone who carries no insurance (Florida has one of the highest rates of uninsured motorists as per recent available data).

If you are injured in an auto accident, under the current system, you will often have to deal with medical providers and your insurer, verifying claims and ensuring that nothing is denied, because if it is, you will be on the proverbial hook for extreme amounts of money. Going to a ‘fault’ system would place that onus on the alleged wrongdoer, where many argue that it should be. It also gives Florida drivers more incentive to purchase insurance – if people are aware that they will be liable for an injured person’s medical costs as well as their own, there would be far fewer uninsured and underinsured motorists operating vehicles in the state.

Auto accidents always come about when one least expects it, and on top of any injuries you may suffer, you then must deal with your insurer, who may or may not approve your claims for medical treatment. It remains to be seen what Florida lawmakers will do about the PIP system, but in the meantime, if you have been harmed, an experienced Tampa car crash attorney can be your strongest ally. The Rinaldo Law Group has been handling these cases for years, and we are happy to try and assist you with yours. Call our offices today for a free consultation.